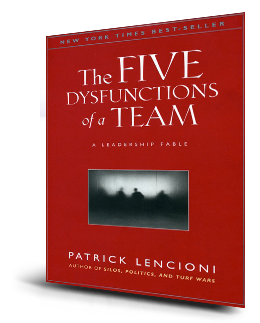 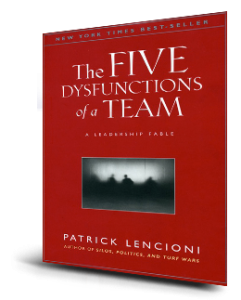 Patrick Lencioni’s widely acclaimed book The Five Dysfunctions of a Team on team building was written over a decade ago. The Great Recession has made building high-performing teams has become even more challenging than ever.

I can’t think of any other place in an organization where creating a high-performing team is important but extremely difficult. Sales people usually have strong personalities, with a varied amount of character strengths and weaknesses. These can be determined with the help of personality assessment tools from companies such as Tilt 365 (https://tilt365.com/) or similar others. These tools can shed a light on every team member’s personality strengths and hence, improve the overall sense of appreciation that an employee might feel for their teammate. Of course, there are many more things that you can do in your business to help ensure that the people are working hard. By providing good quality office furniture and equipment, you can keep your employees happy, even getting them something as simple as these wooden office desks can make a huge difference. But at the end of the day, it will only you get you so far. Why is this? Well, a sales manager has the pressure of hitting monthly and quarterly team (department) goals but has to have the cooperation of his sales team and the supporting departments. Sales people while highly motivated are typically concerned about hitting their individual goals and often care less about how the other sales team members are doing. After all, isn’t it a dog-eat-dog world out there? Four of these points made can be built up by attending team building exercises such as this escape room Atlanta.

1. Trust – when individuals on a team trust each other they know other team members ‘have their back’. Without trust members of the team will wary of anything said or actions taken. Trust is foundational to team success and the sales manager has to make this a top priority.

2. Conflict – This is about minimizing conflict but actually the willingness of team members to address conflict head on with each other. I worked eighteen years at Intel and this was called “Constructive Confrontation”. When you have a high degree of trust, then team members are willing to tackle tough issues because they know it’s not a personal attack.

3. Commitment – Getting buy-in to a team goal or decision is more than just a majority vote or striving for consensus. Both of these methods still leaves members of the team not fully committed. No commitment means no action. Intel again was exemplary in this area. In a team meeting everyone openly engaged in addressing issues, giving their reasons why they agreed or disagreed, and then agreeing after the meeting to execute the decision made by the team (this part was called “disagree and commit”). Team members need to be heard out and as a sales manager you have to make sure each individual gets that opportunity.

5. Results – Having the other 4 elements is all good but the intent is not to hold hands and sing “Kumbaya”. We have work to do and results to deliver! Establishing team goals and measuring results puts all of the other 4 elements into play to deliver results and nothing creates better morale and camaraderie than achieving outstanding team results.

I was fortunate to lead and be part of many great teams at Intel. Patrick Lencioni highlights Intel along with Microsoft and GE as having cultures that enables high-performing teams to succeed.

Is your sale team a high-performing team? If not, take your team to the next level by completing a Five Dysfunctions of a Team workshop and team assessment. Contact us today!